This work is licensed under a Creative Commons Attribution-ShareAlike 4.0 International License

Cover art: Original version from 1968 DEC FOCAL Programming Manual with stylised PDP-8 as the dominant cover graphic. Adaptation of the original as a spoof and homage was made in 2015 by Duncan McGreggor.

This is a version of the LFE quick start that has been re-imagined with the LFE rebar3 plugin in mind.

We will cover the following:

LFE, or "Lisp Flavoured Erlang", is a Lisp-2 (thus similar to Common Lisp, and MACLISP before that) that runs on top of the Erlang VM or "BEAM". It is the oldest sibling of the many BEAM languages that have been released since its inception (e.g., Elixir, Joxa, Luerl, Erlog, Haskerl, Clojerl, Hamler, etc.).

As a Lisp-2, LFE has different namespaces for functions and variables. Furthermore, LFE has Erlang's notion of arity, so functions with different arity may share the same name.

Lisps are great, but the thing that makes LFE so incredible is that it runs on the Erlang VM and is 100% compatible with Core Erlang.

Erlang is a programming language used to build massively scalable soft real-time systems with requirements on high availability. Some of its uses are in telecoms, banking, e-commerce, computer telephony and instant messaging. Erlang's runtime system has built-in support for concurrency, distribution and fault tolerance.

Most real-world Erlang applications are built using Erlang/OTP. OTP is set of Erlang libraries and design principles providing middleware to develop these systems. It includes its own distributed database, applications to interface towards other languages, debugging and release handling tools.

As an LFE programmer, you will have the ability and freedom to utilise Erlang and OTP libraries directly from a Lisp syntax.

In order to write LFE scripts, libraries, and applications, you will need to have Erlang installed. There are download links provided on the Erlang site, or you can use a tool such as kerl to download, build, and install multiple versions of Erlang on your system.

The rebar3 site also has a nice intro on getting started quickly with an Erlang installation.

Rebar3 is an Erlang tool that makes it easy to create, develop, and release Erlang libraries, applications, and systems in a repeatable manner.

Rebar3 is also a self-contained Erlang script. It is easy to distribute or embed directly in a project. Tasks or behaviours can be modified or expanded with a plugin system flexible enough that even other languages on the Erlang VM will use it as a build tool.

The rebar3 site provides some nice instructions on installing rebar3.

Remember: this is a quick-start; it's going to be a blur of colour! You're not going to get very many details here, but you will get to jump into the LFE REPL and see a little code in action.1

The rest of this quick-start assumes that you've followed the links in the previous section and have installed both Erlang as well as rebar3, but to take things further, you'll need to do one more thing: set up the LFE plugin.

Each project you create with the LFE rebar3 plugin will generate a rebar.config file that automatically includes the plugin dependency, but that's only inside an LFE project. You need to bootstrap the LFE plugin by setting it up in your global rebar.config.

The rebar3 docs tell you this file is located at ~/.config/rebar3/rebar.config. To set this up, you can safely execute the following in a terminal, even if the file already exists:

Then, in your preferred editor, open that file and add the entry for LFE rebar3 plugin. If that file is empty when you open it, then you can paste this whole thing in there:

If you want to pin your project to a specific release of the plugin, you can view the list of released versions here:

And then use tag (with the version) instead of branch:

If your global rebar3 config file already has one or more plugins in it, then simply add a comma after the last one and paste the {rebar3_lfe ...} line from above (with no trailing comma!).

Ready for some LFE? Next you'll learn how to create a new LFE project with just one command ... 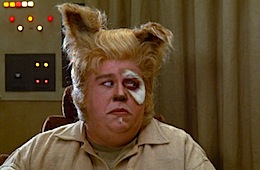 A project? Already?! It sounds daunting, but it's easier than you might think. Open up a terminal window and do this in a directory of your choosing:

It might take a minute or two to finish; here's what's happening:

As that last step executes, you will see the following output:

It's as simple as that! Your new project is ready to go :-)

You can taste it, can't you? That LFE flavour coming your way? Yup, you're right. You're going to be looking at LFE code next ... 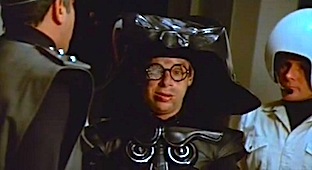 It may not seem like it, but we're off to a pretty fast start. If you had to do everything we've done, manually, you'd have given up by now. Seriously.

Time to put the brakes on, though, 'cause you're gonna want to see this next part in slow motion.

Make sure you've cded into your new LFE project directory, and then do this:

This should give you something that looks like the following:

Here are some operations using more functions from the built-in Erlang lists module:

Let's turn that into a function:

And try it out!

Enough with the fancy REPL-play ... What about some real code? What does a project look like?

Well, you've already seen some! But here is the full, if minimal, module generated by the LFE rebar3 plugin:

You'll note that the function we define has been exported via the export form in the module definition. The number after the function is the arity of that function (Erlang views functions of the same name but different arity as different functions, and LFE does the same).

In the REPL you will have access to this module and its one function. Try it out:

Let's add to this module our new my-sum function from the REPL jam session in the previous section. In another terminal window (or text editor pane) open up the src/my-test-lib.lfe file and past the my-sum function.

When you're done, the entire file should look like this:

Then come back to the REPL sessions and compile the module with its new addition:

And call the module functions:

Here's something a little more involved you may enjoy, from the examples in the LFE source code:

That bit of code demonstrates one of Erlang's core features in lovely Lisp syntax: message passing. When loaded into the REPL, that code can demonstrate bidirectional message passing between the LFE shell and a spawned process.

Want to give it a try? Add those two new functions to your module, and don't forget to update the export section, too! (note that one function has an arity of 0 and the other and arity of 2).

When you're done, your project module should look like this:

We glossed over this in the previous section, but in LFE (and Erlang) you can compile on-the-fly in a REPL session. This is super-conventient when prototyping functionality for a new project where you want to use the REPL, but you also want the benefits of using a file, so you don't loose your work.

We made some changees to the sample code in the last section; let's compile it and take it for a spin:

Next, let's send two messages to another Erlang process (in this case, we'll send it to our REPL process, (self):

In the above calls, for each message sent we got a reply acknowledging the message (because the example was coded like that). But what about the receiver itself? What did it, our REPL process, see? We can flush the message queue in the REPL to find out.

Yup, every function in LFE (and Erlang, of course) has an inbox. You can see how many messages a give process has by looking at the process' info:

And there you can see that our REPL process has two messages queued up in its inbox. Let's take a look!

If you found this last bit interesting and want to step through a tutorial on Erlang's light-weight threads in more detail, you may enjoy this tutorial.

We did promise a bit more information, so we're going to do that next and then wrap up the quick start and point you in some directions for your next LFE adventures ... 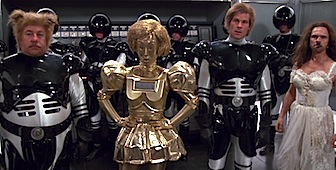 As we warned in the beginning, there's a lot going on behind the scenes: in rebar3 as well as LFE and Erlang (we haven't even touched OTP here ...!). This guide just gives you a quick taste of the LFE flavour :-) Before parting ways, though, there are some more bits we should share.

Some of those things are hinted at when just checking the current versions you are running using the LFE plugin's versions command (from a terminal where you have cded into your project directory):

To give a sense of what you'll encounter in the future: very often Erlang, LFE, and other BEAM language apps include more than just themselves when they are shipped. For instance, if you're in the REPL and you type (regs) you will see a list of applications that have been registered by name, currently running in support of the REPL. Usually, each app will have its own version. There is an LFE blog series on such things, showing you how to create and mess around with different types of LFE apps.

The LFE rebar3 plugin will also help you create OTP apps in LFE and perform other key tasks you may wish to integrate into your development workflow. You can learn more about those in the plugin's Command Reference

But there are also these:

True mastery of LFE is not matter of syntax, though: it requires a deep knowledge of Erlang/OTP and how to best apply that knowledge. The Erlang site has links to great Erlang books you can read.

If you would like to provide feedback about this guide, we would welcome the chance to improve the experience for everyone. Please create a ticket in the Github issue tracker. Be sure to give a full description so that we can best help you!